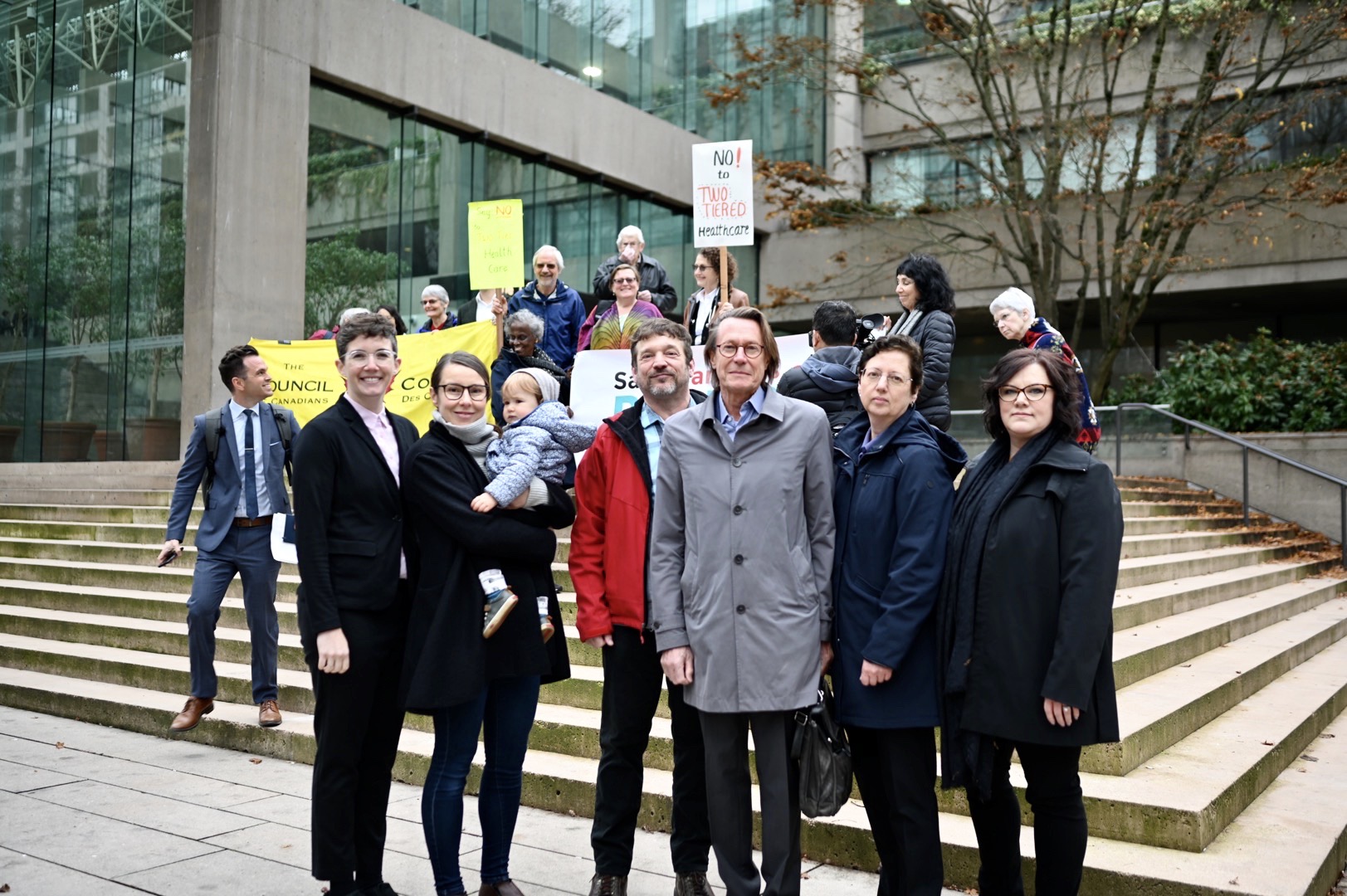 This is currently the schedule for the final three weeks of the case. We'll keep you posted if it changes.

Nov. 26 afternoon to Dec. 3 morning - Defendant submissions (The provincial government represented by the Attorney General of BC provide their Closing Statements)

The Case So Far

After several years of legal maneuvering and actual court time spanning over 17 months, final arguments are set to proceed in the Charter challenge against public health care this month. The government of British Columbia, The Attorney General of Canada and a coalition of interveners representing patients, Canadians Doctors for Medicare and the BC Health Coalition have been defending public health care against Brian Day under the guise of Cambie Surgical Corporation along with some of his patients. Day is charging that the BC Medicare Protections Act has denied Charter Rights to some individual patients with the bans on physician extra-billing and duplicate private insurance for medically necessary procedures. His challenge is seeking to have these regulations eliminated, opening the door for the creation of a second private tier of health care in British Columbia. In order to succeed, Day’s lawyers need to prove that the individual patients named in the Charter challenge have suffered directly from the regulations they seek to eliminate. The plaintiffs have not proven their case.

Second, they have not proven that the regulations that exist to protect public health care are a cause of lengthy wait times for medical procedures.

The final argument from Day’s legal team does not address the claim of individual plaintiff rights directly. They seek to expand their claim to a broad indictment of the public health care system’s inability to deliver timely care. Their arguments rest on wait time statistics and generalizations about the negative impact of waiting for surgery. They do not address the specifics of the patient plaintiffs whose rights are claimed to have been denied.