What we heard at the Cambie Appeal

Appellate courts look at potential errors in how the law was applied in the trial judge’s verdict. The appellants [led by Cambie Surgeries Corporation], however, attempted to re-try some of their arguments by presenting just a small cherry-picked selection of the evidence heard at trial.

Counsel for the attorneys general of Canada (AG-C) and BC (AG-BC) both argued that equity is a key objective of both the Canada Health Act and the BC Medicare Protection Act (MPA). They also outlined why data on wait times cannot be viewed as black and white, that there are many factors that go into the length of a patient’s wait time (including decisions made by patients and their physicians), and that the appellants have failed to identify how the MPA actually causes those extended wait times.

The appellants had a few core arguments, all of which were swiftly rebutted by AB-C and AG-BC:

The appellants also argue that this case isn’t about the wealthy having improved access to care. They say that the rise in crowd-funding and community support resources could help everyone pay for faster access to care. Who needs a public health care system when you can use Go-Fund-Me to pay for your surgery instead?!

Our counsel supported both the AG-C and AG-BC in our submission that the objective of the legislation is to ensure equity in access for all patients, both inside and out of the publicly-funded system. We also argued that patients with complex cases depending on the public system would be more harmed by the impacts of the duplicative system than those seeking to pay for quicker access to elective care.

We remain confident in the strength and breadth of the decision from the BC Supreme Court last September. This case, which involved nearly 200 days in court at the trial level and more than 880 pages in the decision, is one of the most significant in Canadian legal history. We know that the evidence is on our side.

So … what’s next? Unfortunately, again we have to wait. Our legal counsel anticipates that it will be at least 6 months before a verdict is reached in this appeal. Regardless of the outcome we will almost certainly be headed to the Supreme Court of Canada.

As the Coalition Intervenors we remain committed to pursuing the case and will keep you posted along the way. Please encourage your friends and family to sign the pledge in support of public health care so they can learn more about this important fight. We wouldn’t be where we are without the support of people like you, so thank you! We will continue to share updates on the case as we have them.

In September 2020, the BC Supreme Court dealt a strong blow to the efforts of Dr. Brian Day and others to undermine Canada’s public health care system.

Despite our win, we have been dragged back into the courts by Dr. Day and his supporters as they appeal the previous decision. Medicare will be back on trial at the BC Court of Appeal in June 2021. We will be there to defend it and we need your support. 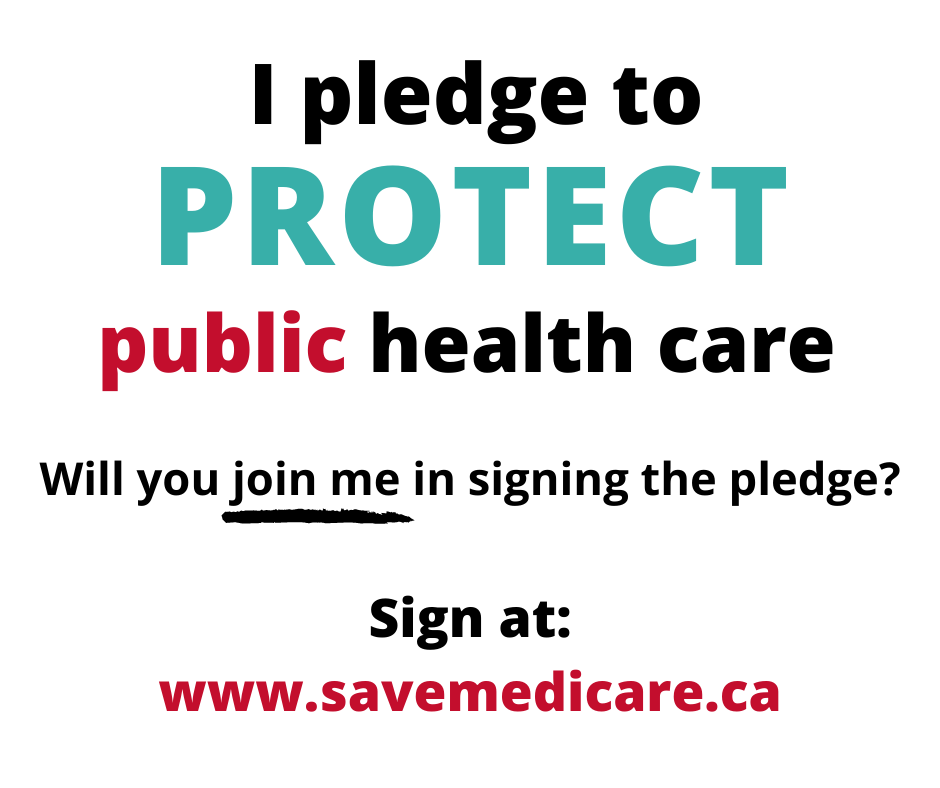 Once you've signed the pledge, you'll be taken to a page with a collection of social media shareables, Facebook profile frames, and a Twibbon campaign (or click here). Help us grow the numbers who pledge to save medicare by downloading the graphics that resonate with you and sharing them on social media.

Join us to hear updates on the Cambie Appeal

With the Cambie appeal hearings coming up the week of June 14, we are inviting you to a webinar on June 2nd at 10am PT / 1pm ET to discuss the details of the case, next steps, and how we will be mobilizing together. Click this link to register for the event. 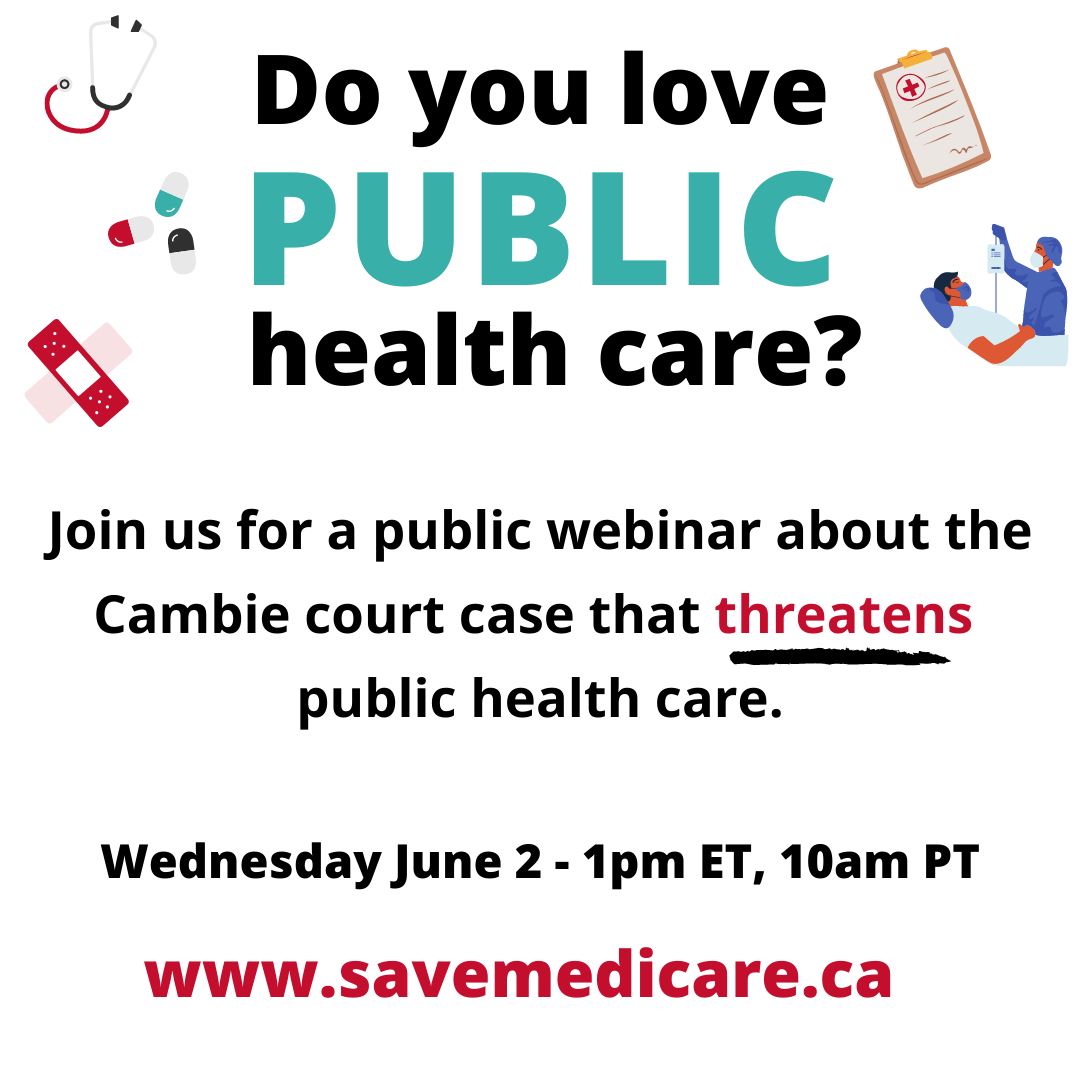 While we remain confident in the strength of the verdict at the BC Supreme Court, we must continue to defend public health care through the appeal. Over the years, we have seen that the battle in the court of public opinion is just as crucial as the one in the courtroom, and we need your help to build public support.

We encourage you to share the webinar on social media by hitting RSVP on the Facebook event page and inviting your friends.

Dr. Brian Day and his corporate allies have a firm plan for privatization and deep pockets to support their agenda. Let's remind him healthcare is for the public, and we intend to keep it that way. 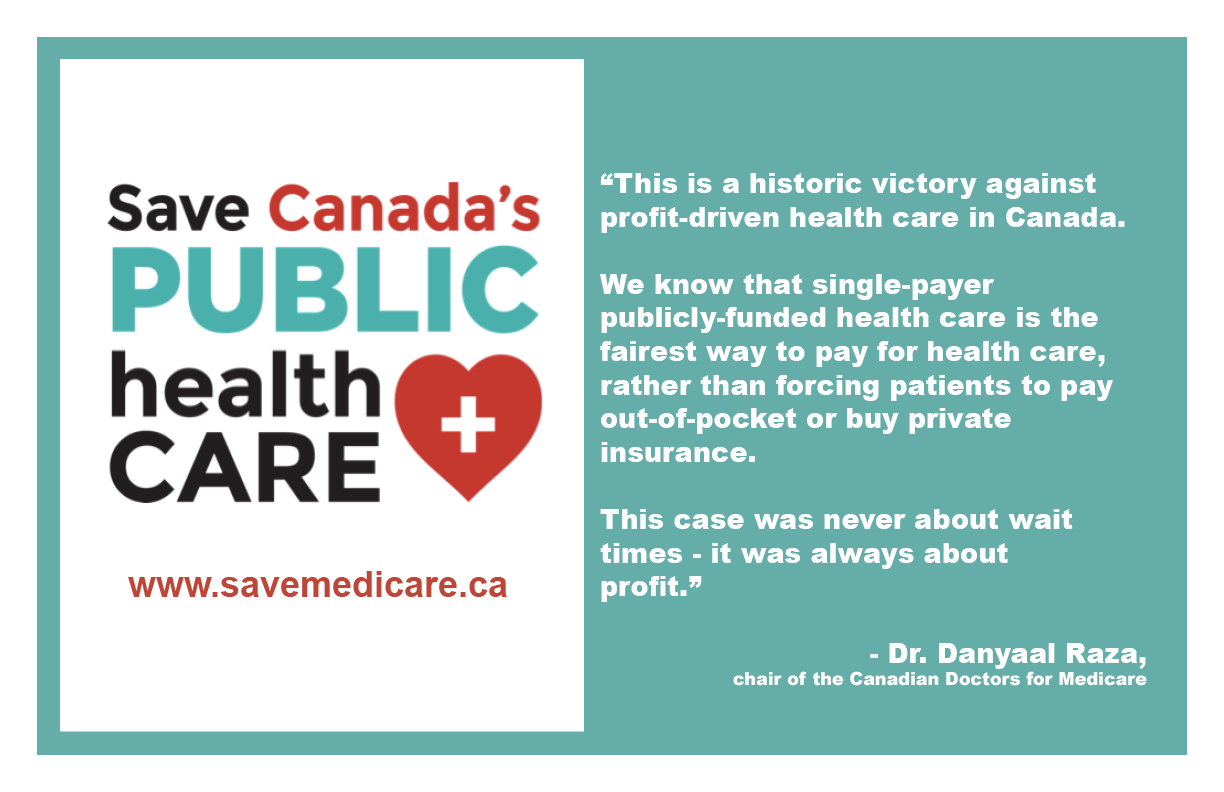 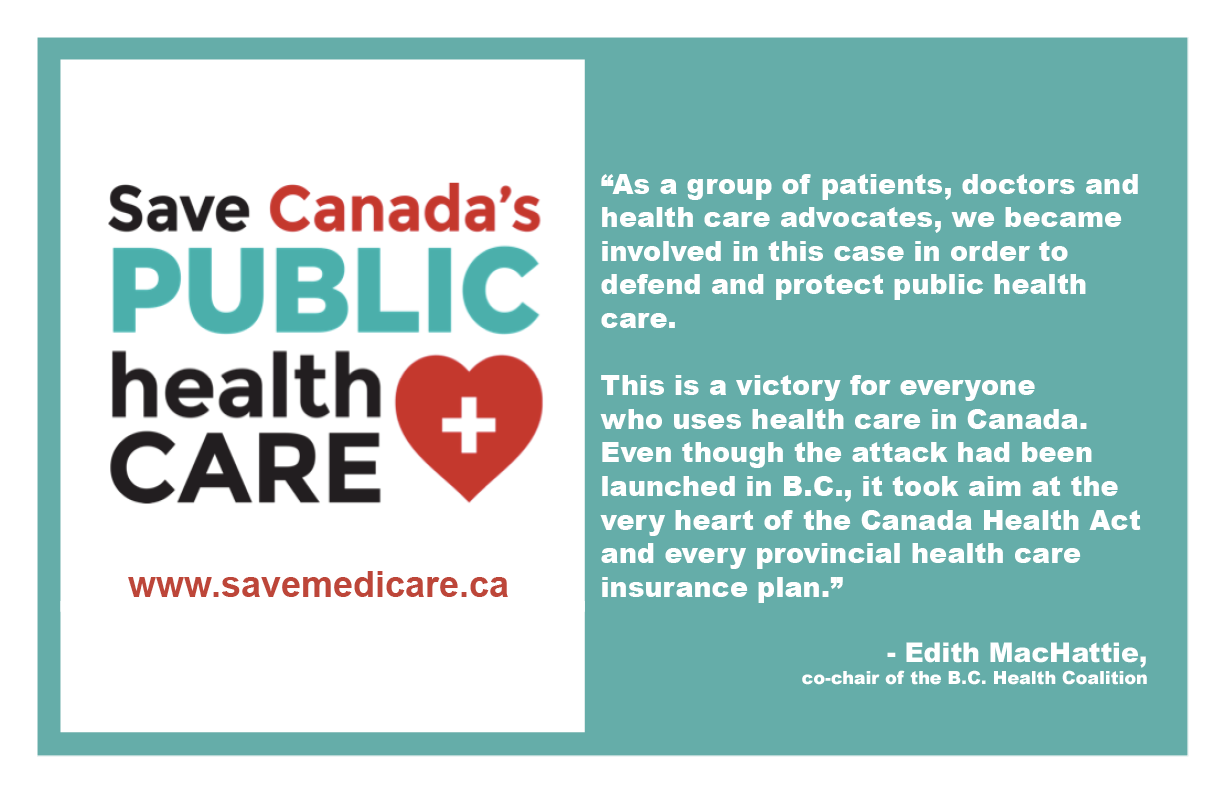