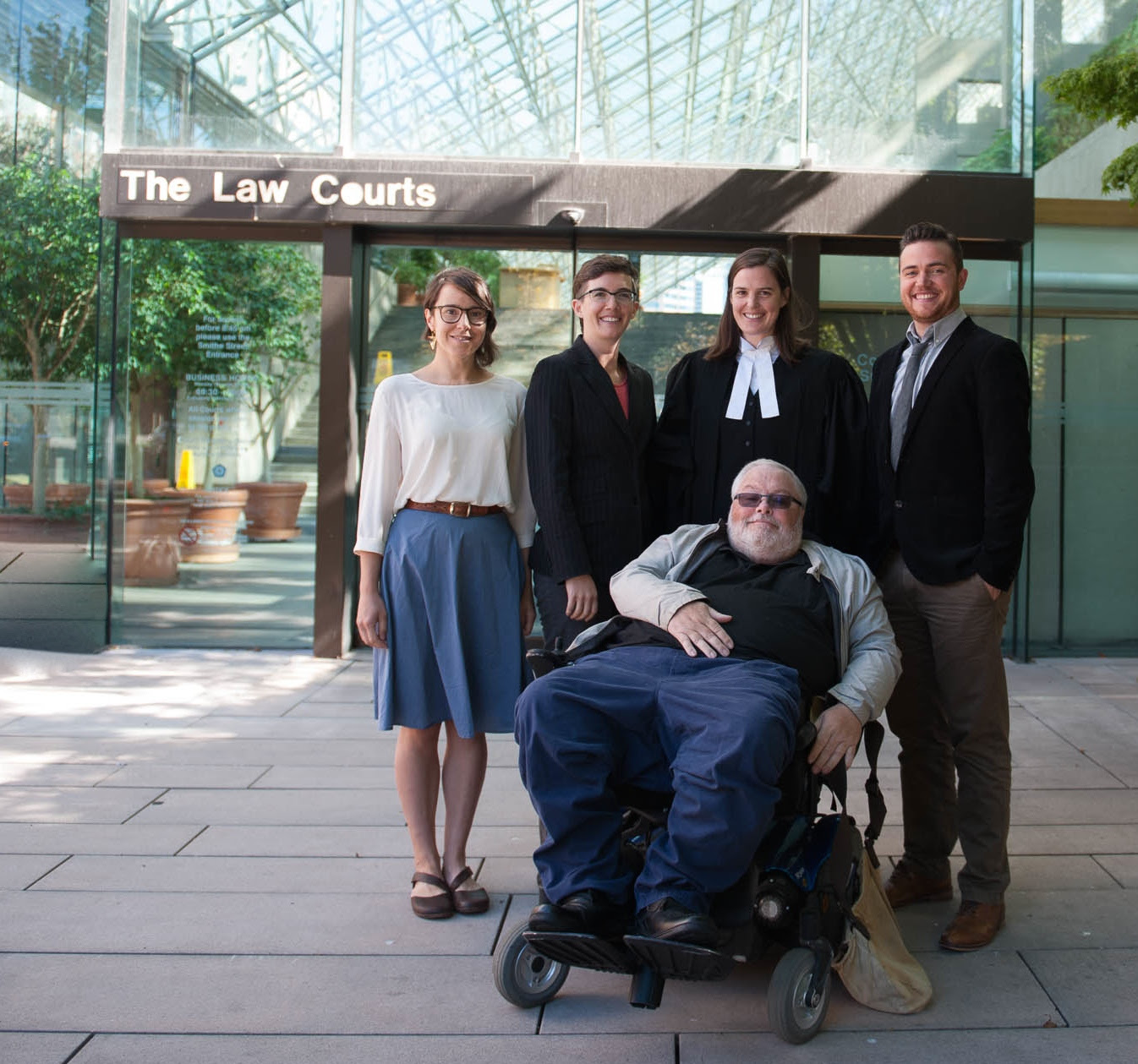 In Canada, everyone is covered by public insurance and we can get basic treatment and care, no matter how much money we have. Under our current laws, private insurance companies don't get to decide who gets care and who doesn't.

CEO Brian Day launched the lawsuit after he learned his clinics were going to be audited by the BC Government. The audit was triggered by dozens of patients who complained that they’d been illegally over-billed at Cambie's clinics.

An audit later revealed that Day’s clinics had overcharged patients by almost half a million dollars in just 30 days. Instead of paying back the money his clinics illegally over-billed, Brian Day marshalled a group of private, for-profit clinics to file a lawsuit against BC's health care laws and attempted to have the audit temporarily or permanently quashed.

The goal of the lawsuit is to change these rules to:

We are a group of patients, doctors and health care advocates,  who are intervening on the case in order to defend public health care for everyone in Canada!

What we stand for:

Health care when you need it, not only when you can afford it - Everyone in Canada should be able to get the same quality health care based on their need, rather than their bank balance.

People's health comes before corporations' profit - CEO Brian Day's lawsuit would make it easier for private insurance companies and for-profit facility owners like himself to line their pockets, at the expense of people in pain.

Evidence-based wait times solutions - Everyone deserves timely, quality care. There are proven steps we can take to shorten wait times for care, and these must be acted on immediately.

Do you like this page?
Tweet
For general inquiries, email SAVEMEDICARE.CA@GMAIL.COM
Page design inspired by the BCCLA's Carter Vs Canada
RECENT UPDATES DONATE TO THE LEGAL FUND FAQs